The Teachings of Guru Jara 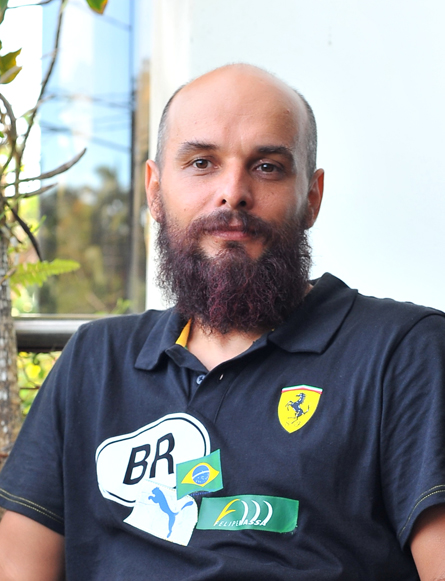 Guru Jara is an enlightened Master who was, besides the realization of both dry and wet spiritual path, initiated into the ancient Egyptian mysteries in the Menkaure pyramid. He is one of the few living masters, who are able to bring a student to Enlightenment.

His teachings are timeless and alive so that, to a modern man, they can channel personal experience and touch one’s inner self and his real life mission.
Master studied the main traditional currents and, following more than 25 years of experience working with people and thousands of consultations with individuals of all social groups, nationalities and religions, he is able to reveal an individual’s life journey that will lead to real success and fulfillment, and give him tools how to live and develop it. Furthermore, it is up to the individual, if he chooses to seize this path, persevere with enthusiasm and live his journey to infinity.

The roots of Guru Jara’s teachings

Guru Jara’s doctrine is based on ancient spiritual traditions proven by centuries, which have already opened the gates to the highest spiritual knowledge to thousands of candidates. There are three main pillars of his teachings: Egyptian, Indian and Tibetan mysticism. The ancient Egyptian wellspring of wisdom is Guru Jara’s most immediate one. (Jesus Christ had also lived and studied in Egypt before he returned to his homeland). Egyptian techniques can be found in the core of every religious tradition today.

After emigrating to Rome, Italy in the summer of 1989, Guru Jara met Christian monks, who initiated him into ascetic spiritual practices with very strict rules. In the early nineties, he had been living as a wandering hermit with minimal resources, limited to a backpack, faith, prayers and continuous meditative states. He realized his immediate affinity with the spiritual line of Egyptian High Priests, Jewish Kabbalists and early followers of the teachings of Christ, who had lived in the desert regions of today’s Middle East, Egypt, Israel and Syria.

Over the years, Guru Jara has become a true master all of these doctrines. At the young age of twenty, he reached Nirvana through the “dry” ascetic path of prayers and meditation, and was recognized as Babaji by The holy men in India. Guru Jara completed this phase his teachings at the end of summer 1995, in Menkaure pyramid near Giza, with a mysterious Initiation resulting in an exclusive tuning of his third eye by beings from spiritual worlds, who spent the sacred night in the pyramid with him. At such time, Guru Jara had already practiced meditations of the highest yoga from Hindu tradition. In November 1995, these efforts culminated in the realization of enlightenment through so called “wet” path of physical tantra – Vama Marga Tantra.

.
During the nineties, he also studied and implemented the Mahayana path of Buddha’s teachings, especially the Tantric doctrine of Guru Padmasambhava, in Tibetan Buddhist monasteries in the alpine regions of North India (Kashmir, Himachal Pradesh, Sikhim) and Nepal..

.
Guru Jara has been passing on all the mentioned masterly paths to his students around the world using his genius approach for more than 20 years. And he has always done so in a very individual, accessible, individual and entertaining way.

Teachings for the modern man

“Be at the right time, at the right place, ready.”  is one of Guru Jara’s main principles that is expressed through his three main, licensed doctrines.

“That which is above, is also below”, or simply “as above, so below.”

Astrology serves as a system of mutual communication between humans and the divine. All astronomical phenomena – the movement and cycles of planets and stars represent the visible dimension of divine forces. The particular planetary constellations at an individual’s time of birth form a divine time map for one’s life. Knowledge of this cosmic resonance becomes a tool for maintaining the perpetual interaction between heaven and earth.

.
A unique expression of this time map is Astrofocus; a technique which, through symbolic images, transfers information about the constellations directly into our subconscious.

This part of Guru Jara’s teaching is focused on the 5 elements – water, wood, fire, earth and metal, the essential fundamentals of our bodies and the world around us. Through these 5 elements, we are able to create a perfect space to live in and a balanced, healthy body. An important part of the teaching is also the Artantra of relationship, the process of how people enter our world, live with us, work with us and love us.

Tantra yoga – Aurarelax – (used for the readiness of mind and heart)

.
Guru Jara uniquely combines these three doctrines currently through his original courses Astrofocus® and Spiritual Trekking. A successful completion of these doctrines can truly bring his students to their innermost, poetically expressed, Kingdom of God.

The Spiritual Trekking course offers a liberal, individual journey to finding oneself and to a successful journey through life. This is achieved namely through understanding the world’s unique integration of energies and the stories associated with the Himalayan eight-thousanders, combined with the guru´s instructions on how the character of the mountain will also elevate certain parts of ourselves to much higher levels.

.
Thus, students of this course can overcome their personal weaknesses and find confidence on K2, or realize the effect of alchemy of food on their physical and spiritual condition upon reaching Annapurna. After climbing Makalu, they will be initiated to tantric yoga through practical exercises or they will acquire telepathic and clairvoyant skills.

.
All of it is guided and consulted with Master in order to uncover our true desires and talents of our hearts. With his guidance, we are able to uncover them, listen to them and fulfill them. As he indeed says:

.
“If others tell you this is not your path, then precisely this is your path.

Regardless of where the path takes you.”

.
His teachings are not dogmatic for they always follow the karmic talent of each student. Master works with each person individually. Even in joint workshops, he works so that everyone gains personal experience of oneself, answers to his/her questions, directions and, together with newly opened possibilities and tools, is able to develop this personal potential.

.
Guru Jara respects religion, faith and convictions of each student or enthusiast and he builds on this personal direction, thanks to his large experience of countless traditions all over the world, and makes the individual grow through what is close and familiar to him.

.
“Life is too short for us to do anything other than what we love.
What we love is our fate, everything else is a curse.”